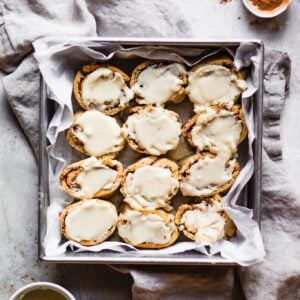 Gooey and sweet paleo cinnamon rolls that a no-rise easy for a deliciously healthy breakfast on the weekend! Completely vegan, dairy free, and gluten free, these soft rolls are perfect for kids and adults!