I know I’ve said that I love my vegan vanilla cake, but man. I think I have a new favorite.

These vegan white chocolate cupcakes are so dang fluffy and light, yet entirely (and secretly!) dairy free and can be gluten free.

I really have never had a better tasting cupcake. Seriously, I’m that obsessed.

If you make any holiday cupcake this year, I highly recommend these. Top with some fun vegan sprinkles, and you have a cupcake that’s full of holiday cheer and fit for any Sugar Plum Fairy (or Nutcracker!).

One reason I always recommend people try out cupcakes if they’re intimidated by cakes is because vegan cupcakes yield the same desired flavor and elegance, yet are super easy (and relatively quick!).

There’s no need to crumb coat or worry about stacking several tiers of cakes. These vegan white chocolate cupcakes are truly a testament to elegant yet shockingly easy.

The full recipe and instructions to these white chocolate cupcakes is found down below in the recipe card. However, let’s go over the main tips here:

The number one trick for moist and fluffy vegan cupcakes

Do not over mix the batter!

If you over mix the batter, you’ll collapse the bubbles that start to form from the baking powder reacting with the apple cider vinegar in the vegan buttermilk.

This reaction is what helps create those super fluffy and moist cupcakes that have your jaw on the floor (despite the cupcake being vegan!).

Make sure that you mix just until the dry ingredients have been fully incorporated. After that, begin to divide the batter into the cupcake tins!

I got this idea from the amazing Amy Droubay from Neurotic Mom. Amy does these beautifully pastel colored swirled Christmas trees made entirely of buttercream.

Of course, I wanted these vegan white chocolate cupcakes to be entirely dairy free, so we’re using my favorite vegan buttercream frosting and vegan plant-based food coloring for the trees.

The trick to coloring these lovely Christmas trees for our Christmas tree cupcakes is following the saying less is more. Start with just the tiniest drop of red food coloring. I used the Whole Foods 365 brand made from beet juice), and that should yield a beautiful pastel pink.

That’s why I love all natural food colorings, because you already get the lovely pastels without any effort.

The full tutorial is found down below in recipe card of this post, along with a link to Amy’s video!

How to decorate vegan Christmas cupcakes

I personally love white chocolate cupcakes as the base of these Christmas cupcakes. It’s such an underrated flavor, and to me, really reminds me of holiday cheer.

You can, of course, use a different cupcake base if you just want to make Christmas cupcakes. I suggest my vegan gingerbread cupcakes, or perhaps my vegan chocolate cupcakes (both oil free).

Once the buttercream Christmas trees have hardened in the freezer (make sure to add the sprinkles before you place the trees into the freezer!), you’ll carefully remove them from the parchment paper.

Place them into the vegan buttercream that has been piped onto each cupcake. Then use some extra sprinkles or decorative sugar for sparkly sugar plum fairy-inspired cupcakes.

I hope you love these white chocolate cupcakes as much as I do! If you make them, let me know down below in the comments section, as well as giving it a rating so that others may find it.

As always, I absolutely love to see your beautiful creations on Instagram and Pinterest, so be sure to tag me there.

For a tutorial on the vegan buttercream Christmas trees, please follow this video. 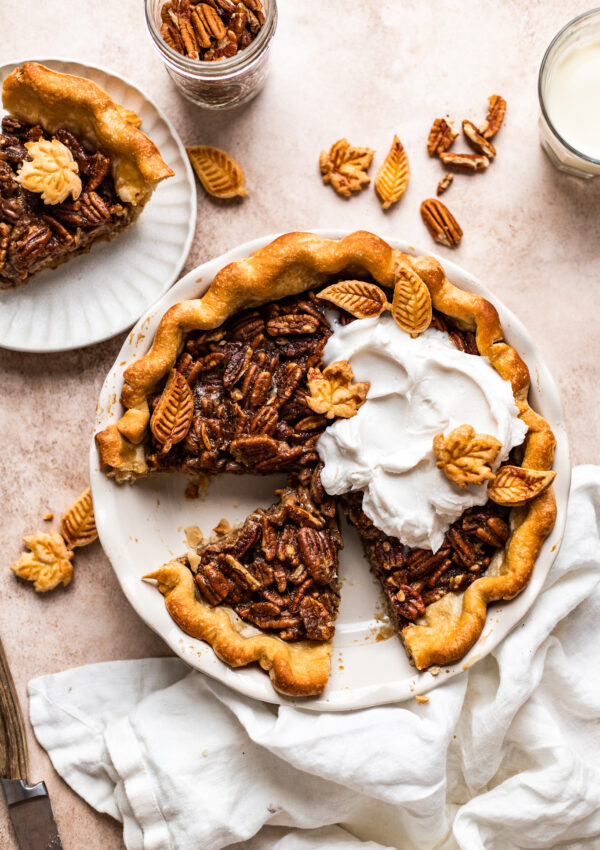 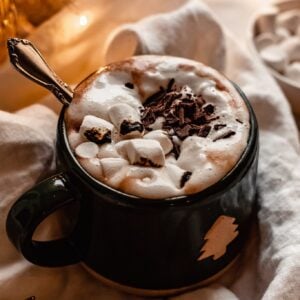