If you’re looking for a healthy vegan cake, look no further (except, of course, if you’re a chocolate fan… then go see my ultra rich paleo vegan chocolate cake 😉 ). This vegan vanilla cake is the ultimate vanilla cake. Period. Full stop. You don’t need another recipe.

It’s so incredibly fluffy and moist, you’ll be hard-pressed to determine that this cake is indeed vegan (and gluten free!). Plus, this cake is incredibly soft and packed with vanilla flavor that leaves you with a far from boring healthier vegan dessert.

In fact, you’ll scoff at it walking down the aisles of the grocery store because in your back pocket, you have the best vanilla cake recipe in the world, and little do those cake box mixes know, you’re about to wow your friends and turn them all into believers in making only making a vanilla cake recipe from scratch!

Yes, I am that confident.

I’m sure you want to know the catch. And I’m happy to report there is no catch. In fact, this vanilla cake is so dang good, you wouldn’t even know that it’s completely dairy free, gluten free, and egg free.

The even better part is that this vegan cake is just as easy as making a cake mix from the box, but when you can have the best vanilla cake ever , why even buy the mix?!

Organic Flour or gluten free 1-to-1 baking flour: either works here! For gluten-free flour, make sure that it is 1-to-1 and not all-purpose. I recommend Bob’s Red Mill or King Arthur. Before adding the flour to the bowl, just make sure to sift it!

Coconut Oil: you’ll be surprised that there actually isn’t a lot of coconut oil going into this cake! This cake is actually shockingly low in fat as far as cakes go.

Unsweetened Applesauce: this basically acts as the “egg” that you’d typically find in other vanilla cakes. You can also swap in ground flax seed if desired.

Vanilla Extract: you’re going to need a lot of vanilla in here, but trust me, it’ll be worth it. This is the best vanilla cake recipe from scratch because of the vanilla- literally makes it taste like you’re eating a Georgetown Cupcake vanilla cupcake! It’s insane!

Vegan Buttercream: I go over how to make the ultimate vegan buttercream in the sections below. Trust me, I have people that have never tried dairy free frosting in their lives, and they’re saying it’s the best frosting they’ve ever eaten.

I feel like this is such an underrated trick, and I talk about it a bit in my Vegan Baking 101 guide.

If you’ve ever had a normal vanilla cake, then you’ll know that incredibly sweet yet ever so subtle tang that comes along with a fluffy and moist cake. That’s from the buttermilk. It also helps to give rise to the cake without drying it out.

So since buttermilk isn’t vegan, we’ll have to make our own- but don’t worry it’s so simple!

All you’ll need to do is combine your chosen dairy free milk with a little apple cider vinegar. Let the mixture sit for 5-7 minutes so that it can slightly curdle. Then use it in your recipe as you would regular buttermilk!

How to make a fluffy and moist vegan vanilla cake

A part of what makes this vegan cake the best vanilla cake in the history of vanilla cakes is that it’s incredibly easy to make.

First, make sure that you’ve prepared your vegan “buttermilk.” Simply whisk or mix together the nut milk and the apple cider vinegar and set aside.

Then preheat the oven to 350F and grease three cake pans with olive or coconut oil.

Pour the wet ingredients into the dry ingredients and mix together until it’s a nice and smooth vanilla cake batter.

Pour the cake batter evenly into both cake pans and place in the oven on the middle shelf to bake.

Once they’re done, remove them from the oven and let cool in the pans before removing and placing onto a cooling rack.

Now we’ll move onto make the vegan buttercream frosting so your undetectably healthy vegan cake can also look the part of the best vanilla cake recipe in the world!

How to make a vegan vanilla buttercream frosting

Making a vegan buttercream frosting is actually quite easy and really quite literally is the icing on the cake that makes this the best vanilla cake in the world.

Make sure that your vegan butter is softened, basically at room temperature like you would make a normal buttercream frosting.

You can leave the sides completely naked, fully frost them, or go for the slightly exposed look that I did, and you won’t even need a frosting knife! Just simply add a little bit of frosting to the knife and essentially, you’re gently “scraping” the frosting alongside the edges of your vegan vanilla cake.

How to bake a vegan cake: Tips & Troubleshooting

I want to make sure that you’re getting the best vegan cake every single time, so let’s go over some common technical issues!

Why is my vegan cake dense?

This happens for a few reasons. Sometimes, if your ingredients aren’t room temperature (i.e. something is very cold and something is very hot), it will throw off the texture in the cake and cause it to be gummy rather than fluffy and moist.

The easiest fix is: patience! Make sure that you’re allowing all of your ingredients to come to room temperature.

Another reason this can happen is if you don’t sift your flour. Make sure that you do this! Otherwise, you’ll end up with a gummy mess!

Why did my cake collapse?

It’s natural for cakes to slightly sink after baking, but if it completely collapsed in the middle, this could be due to a few reasons. Sometimes, our ovens aren’t actually the temperature that they say they are, and that can yield an unevenly baked cake.

Another reason could be because the dry ingredients weren’t properly whisked together or that the batter was under-mixed in general.

Be sure to read through all of the directions before beginning!

How much frosting between the cake layers?

Can I make this vegan cake ahead of time?

Yes! I recommend making the vanilla cake part up to a day ahead and storing it wrapped in an airtight container or with plastic wrap at room temperature.

Then when you’re ready to make finish the cake, prepare the frosting and serve.

How do I store my vegan vanilla cake?

Any leftovers you have can be sliced and then stored in an airtight container in the fridge for up to 4 days. Additionally, you can freeze the cake, and let it thaw in the fridge for 4 hours when you’re ready to enjoy again!

You can also leave this cake at room temperature for up to a day if covered and stored in an airtight container.

Say goodbye to cake mixes, because you’ll never go back to store-bought with a recipe this good and this easy 😉

Let me know how your cakes went over in the comments below, and I look forward to seeing how you decorate them on Instagram and Pinterest!

The Best Vanilla Cake Ever (And it’s vegan!) 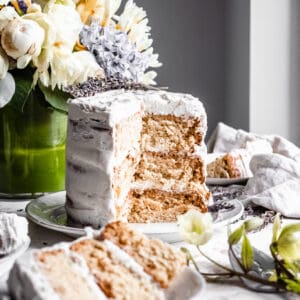 Make sure that you add in a tsp of arrowroot powder or cornstarch if using gluten free 1-to-1 baking flour. This will give the flour more like a cake flour texture when baked- very tender and moist!

If you use coconut sugar, your cake will be slightly tanner in color- but still delicious!! 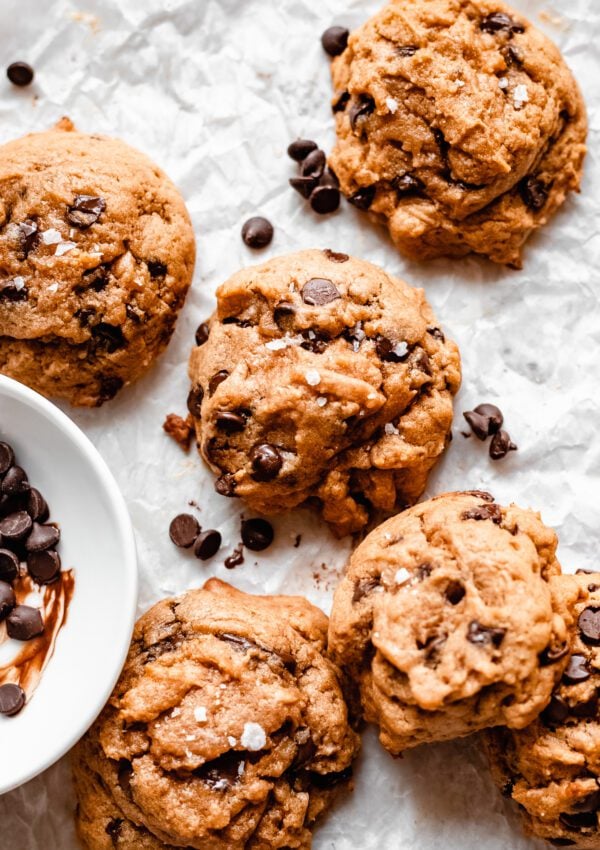 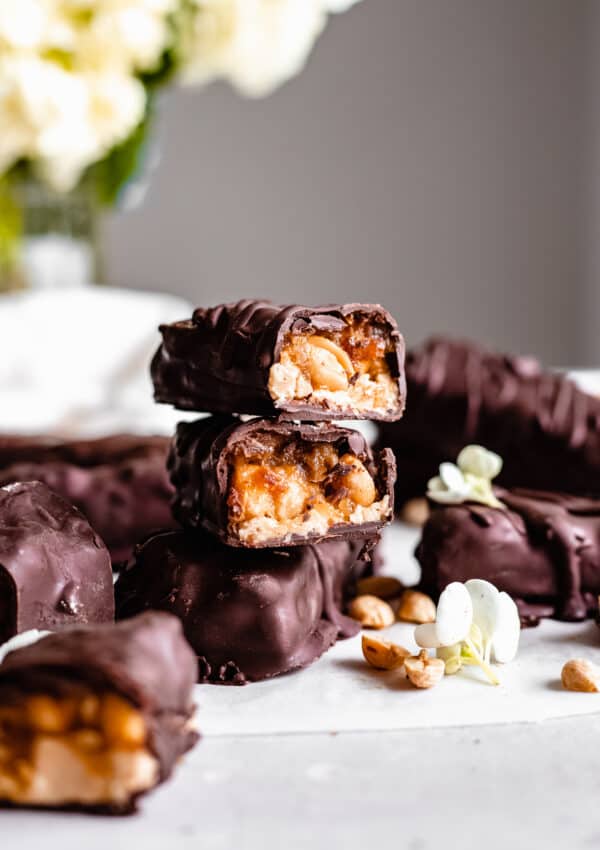 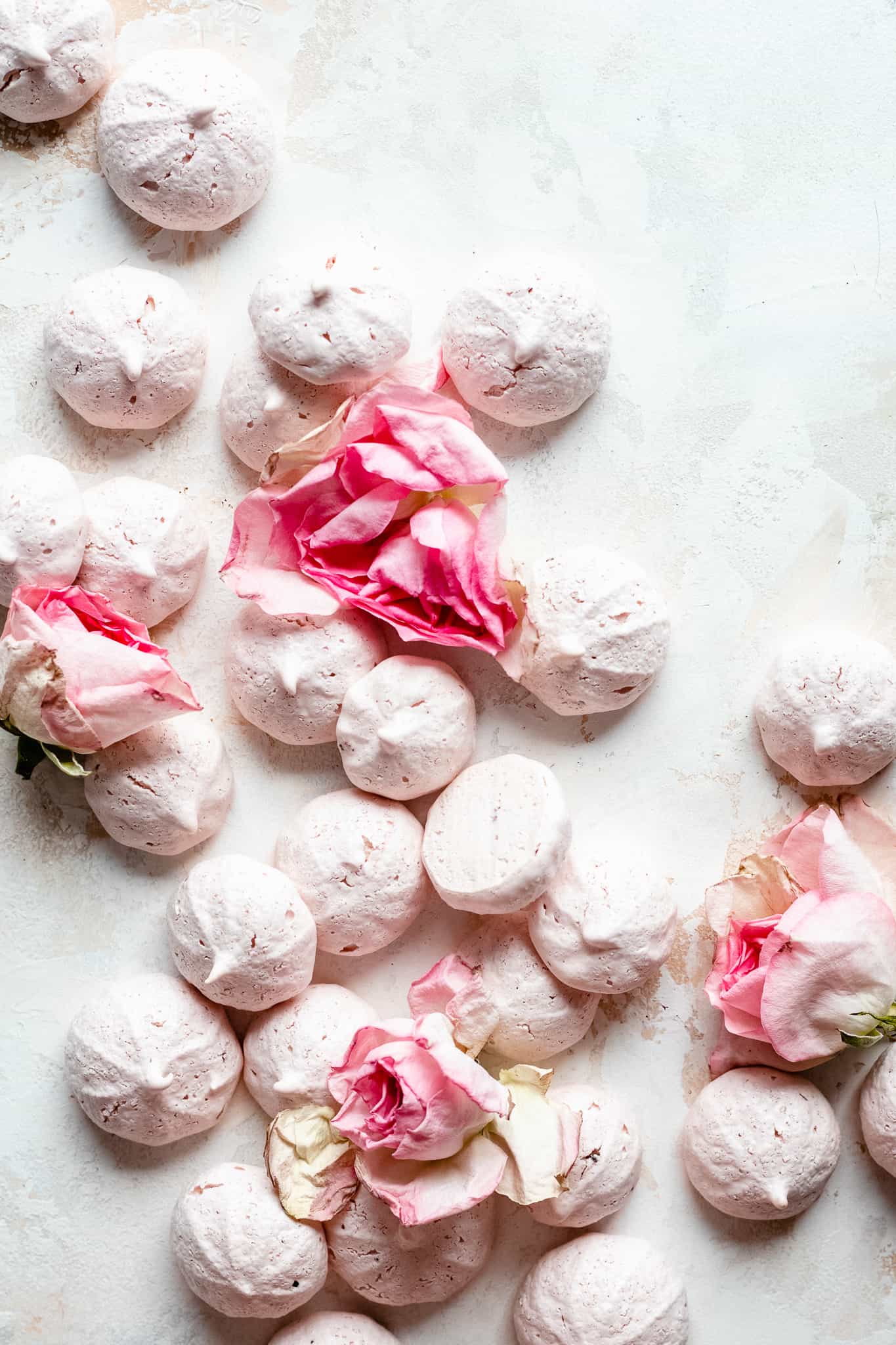