The most decadent baked vegan chocolate cheesecake you’ll ever taste! You won’t even believe it’s dairy free, gluten free, and easy! Filled with triple chocolate layers in every bite, it’s heaven on a plate!

YEP! This is a baked chocolate cheesecake is triple the chocolate, and guess what else? It’s completely vegan, completely gluten free, completely refined sugar free, and yet the best dang cheesecake you’ll ever taste.

I know people love raw vegan chocolate cheesecakes, but this baked version is really where it’s at.

This cheesecake is: creamy, decadent, fluffy, easy to make (and even easier to eat), chocolatey, and oh so sweet with a slight tang 😉 Just how a baked vegan chocolate cheesecake should be!

With an gluten free chocolate oat crust and topped with a Paleo vegan ganache, this cheesecake will have your eyes bulging out thinking, “Howwwww is this possible vegan?!”

Chocolate Oat Crust: one of my favorite crusts, and very similar to the crust of my vegan cannoli cheesecake, this gluten free vegan chocolate oat crust is the perfect base to your baked vegan chocolate cheesecake! All you’ll need is oats (or oat flour to save time!), coconut oil, cacao powder, maple syrup (which your also using for the filling), and a few tablespoons of cold water.

Cashews: the trick to using cashews in vegan cheesecake is to soak them overnight! This is essentially sprouting the cashews without the dehydration part. Then you’ll rinse the cashews and you’re set to go!

Coconut Yogurt: the key to the ever so slight tang of an amazing chocolate cheesecake is all in the cream cheese; however, this is vegan chocolate cheesecake, so the next best thing would be to use coconut yogurt! You can also use a different nondairy yogurt- as long as it is thick like greek yogurt- or even substitute in vegan cream cheese! However, I think that coconut yogurt yields the best results 🙂

Coconut Cream: definitely go for the cream over the milk here! You want your gluten free chocolate cheesecake to be nice and thick!

Maple Syrup: just a touch in both the crust and the cheesecake for sweetness 🙂 like I’ve said before, I just love maple syrup! Best sweetener!

Cacao Powder: well this just wouldn’t baked chocolate cheesecake without the cacao powder! But like I’ve mentioned in previous recipes, go for the cacao over the cocoa– much better taste and nutrition profile!

Arrowroot Powder: my favorite “binding agent” 🙂 arrowroot powder is a great substitute for corn starch! Quite literally a one to one. I’ve used it in pies and curries alike. It’s fantastic!

Paleo Vegan Chocolate Ganache: I’ll show you how to make this the best triple layer chocolate cheesecake you’ll ever taste down below! All you need is two ingredients: coconut cream and chocolate chips!

Now, there are a few steps here for making an amazing baked vegan chocolate cheesecake, so I’m going to walk you through them! It’s certainly not difficult by any means, but there are steps you need to follow!

First we’ll make the crust, then the filling, and finally the ganache 🙂

How to make a gluten free chocolate cheesecake crust

Start by preheating your oven to 375F and lining an 8″ springform pan with a little parchment paper.

In a large food processor, pulse the oats until they resemble a regular flour. Alternatively, you can also purchase oat flour, and just skip to the next step!

Next, add the remaining crust ingredients into the food processor and blend until it becomes a nice and chunky dough. The dough should be thick and sticky!

Press the dough up the walls of the springform pan to create a rustic look and also create a dish for your cheesecake to sit in.

Then place the pan into the oven and bake for 15-20 minutes or until set. Remove your crust from the oven, and reduce your oven heat to 325F so that we can move onto the filling!

Now for the star of the show: the chocolate cheesecake filling!

This filling is incredibly easy, so don’t worry about any special techniques to get the cheesecake to set just right 😉 All you need to do is really blend all of the ingredients together and pour!

First, start with adding the cashews (that have been soaked overnight and rinsed) to a large food processor with a little coconut cream. I recommend starting with only 1/3 cup of coconut cream and working your way up from there if you need more. Blend the cashews and coconut cream together until it comes out nice and smooth. There should be absolutely no cashew chunks visible! It should be like a nut butter consistency.

Spoon your batter into the middle of the pie crust, and even it out so that the filling covers all the nooks and crannies. Bake your vegan chocolate cheesecake for an hour- yes an hour! – at the reduced oven temperature: 325F.

Then all you need to do is make the vegan ganache that goes atop this beauty!

How to make Paleo Vegan Ganache

One of my favorite parts about this cheesecake is that it’s not just one layer chocolate, and it’s certainly not just two…it is a full on triple layer baked chocolate cheesecake!

First, pour a little coconut cream into a small microwave safe bowl and heat the cream until it’s hot, but not boiling.

I’m not even joking, this ganache is so smooth, so decadent, it’s like pure fudge! I always go for 100% cacao chocolate chips, which is what makes this Paleo and vegan, but go for whatever chocolate fills your heart! 🙂

Spread the ganache on top of your gluten free chocolate cheesecake, let it set, and then devour! 😉

We’ve all been there- we follow a recipe to the “t” but it’s not working quite right! I wanted to quickly go over some common problems that happen with baking vegan cheesecake and how we can solve them so your cheesecake comes out perfectly each time!

My filling is too wobbly! This could be a few things- if you didn’t add enough arrowroot powder to the filling, then your vegan chocolate cheesecake filling might not stiffen properly. If you notice it while it’s baking, you can quickly pull your cheesecake out and sift and stir in a little extra arrowroot powder. It could also be that there is too much liquid in the filling. Make sure that when making the filling, you’re not starting with the greatest amount of coconut cream. Start small, and add in a little bit more each time until the filling is smooth but still thick!

My cheesecake isn’t smooth! This is a result of not pureeing the cashews enough. When blending the cashews in your food processor, really aim for a nut butter consistency- it will yield the best results for an amazing baked chocolate cheesecake!

I hope you love this decadent recipe as much as I do! Seriously, I should have titled this death by chocolate cheesecake because this baby is RICH, but so so good.

If you give this chocolatey recipe a go, let me know in the comments what you thought, and I’d absolutely love to see your beautiful recreations on Pinterest and Instagram 🙂

The most decadent baked vegan chocolate cheesecake you’ll ever taste! You won’t even believe it’s dairy free, gluten free, and easy! Filled with triple chocolate layers in every bite, it’s heaven on a plate! 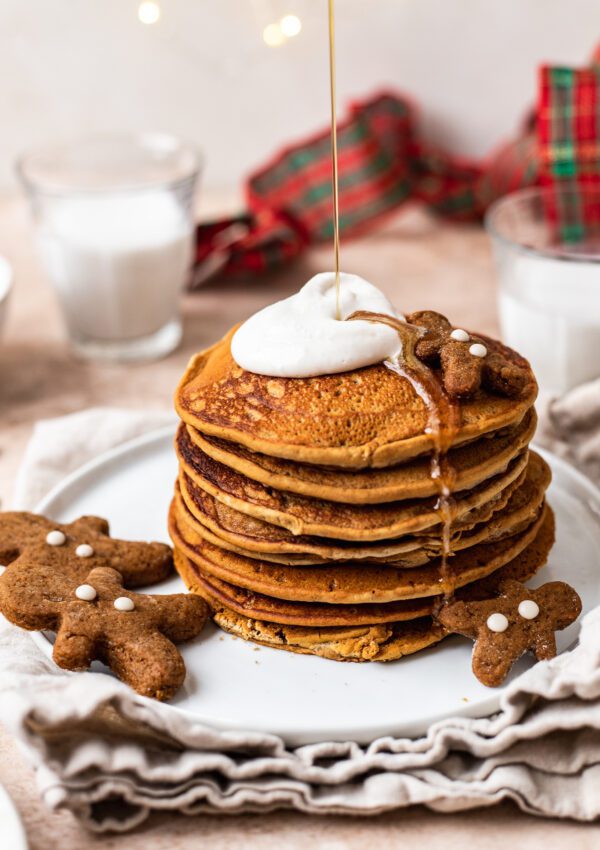 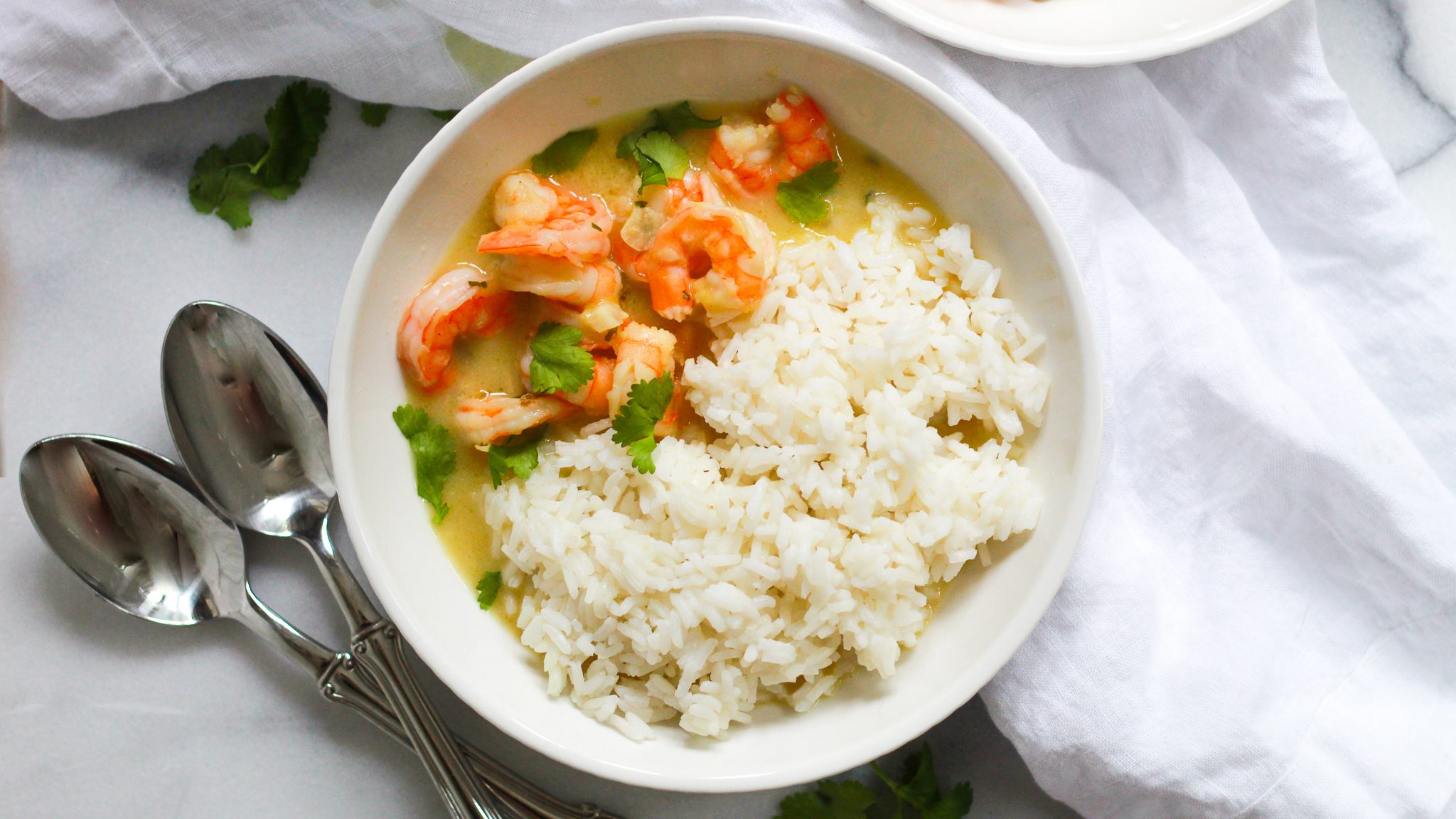