My favorite banana bread recipe ever

The one thing that will always be my weakness is a good slice of vegan banana bread. My mom used to make this amazing classic banana bread for us as kids, and I thought I would never be able to capture the flavors and texture of her version within this vegan version.

But I was wrong.

This is truly the best banana bread I’ve ever had, hands down, vegan or not. It tastes just like the one I grew up with: super moist with a soft crumb texture, full of extraordinarily ripe bananas and a caramelized sweetness from the coconut sugar (that mimics brown sugar), and subtle notes of cinnamon, nutmeg, and vanilla for extra warmth.

I start drooling just thinking about it!

This vegan banana bread recipe tastes just like the classic, so if you have some non-vegans stopping by for a bite to eat, know that you can serve this healthier banana bread without any doubt that it’s anything but the classic.

That’s how amazing this recipe is.

Which, if you couldn’t tell, is a whole lot. It’s made with simple vegan ingredients, comes together in just one bowl, and is the easiest vegan quick bread recipe to make when you’ve got to use up those ripe bananas!

As I mentioned above, one of the reasons why this is the best vegan banana bread ever is because of how simple the ingredients are.

You can make this vegan banana bread recipe entirely gluten free or keep is just vegan- it’s up to you! But here are the basic ingredients that you’ll need to get started:

Nothing out of the ordinary here, which is why I love this banana bread. Whether or not you’re vegan, you can definitely fall in love with the combination of these ingredients!

How to make the best vegan banana bread

For the full instructions and measurements for how to make this healthy vegan banana bread, please skip down to the recipe card at the bottom of the post!

However, for a quick run through of what you’re going to do to bake this banana bread recipe, keep reading!

If you want to upgrade your classic vegan banana bread to have a bit more excitement, try some of these fun banana bread mix-ins and toppings!

Can I make this banana bread recipe oil free?

Technically, we’re using vegan butter here, but if you want to make this vegan banana bread lower in fat, you can absolutely swap in applesauce for the oil/vegan butter.

I give the exact swap down below in the recipe card.

Can I freeze this banana bread?

Absolutely! After making this vegan banana bread, simply slice the banana bread and store any leftover slices in an airtight container or bag.

Place the slices into the fridge for up to 5 days or store in the freezer for up to 1 month.

When ready to serve again, you can simply place a slice of frozen banana bread on a piece of tin foil and onto a baking sheet. Place the slice into the oven, set to 350F, and bake for 5-7 minutes.

I hope you love this vegan banana bread recipe as much as I do! If you make it, let me know down below in the comments section, along with giving it a rating so that other people can see. 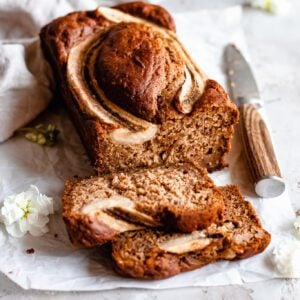 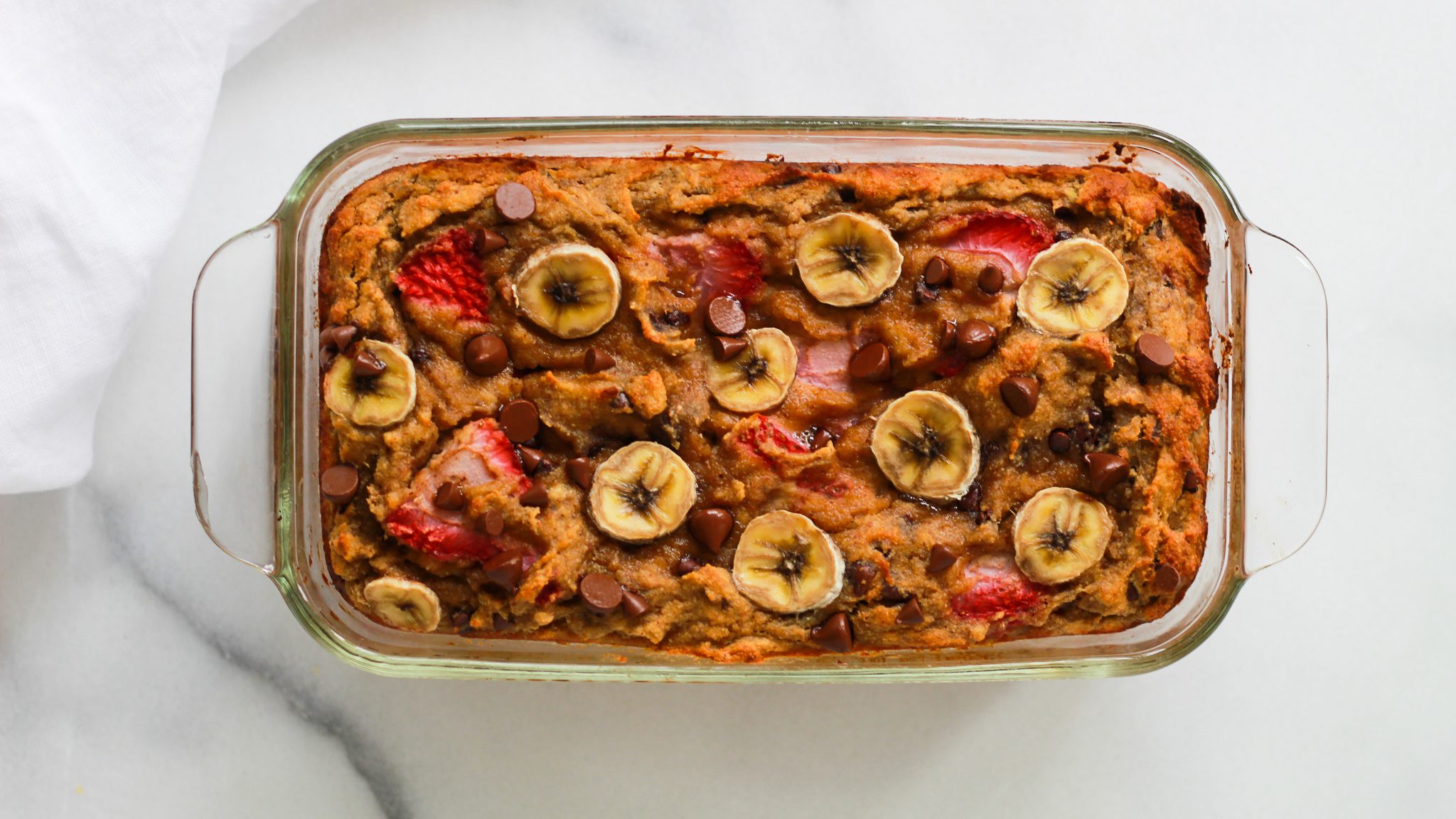 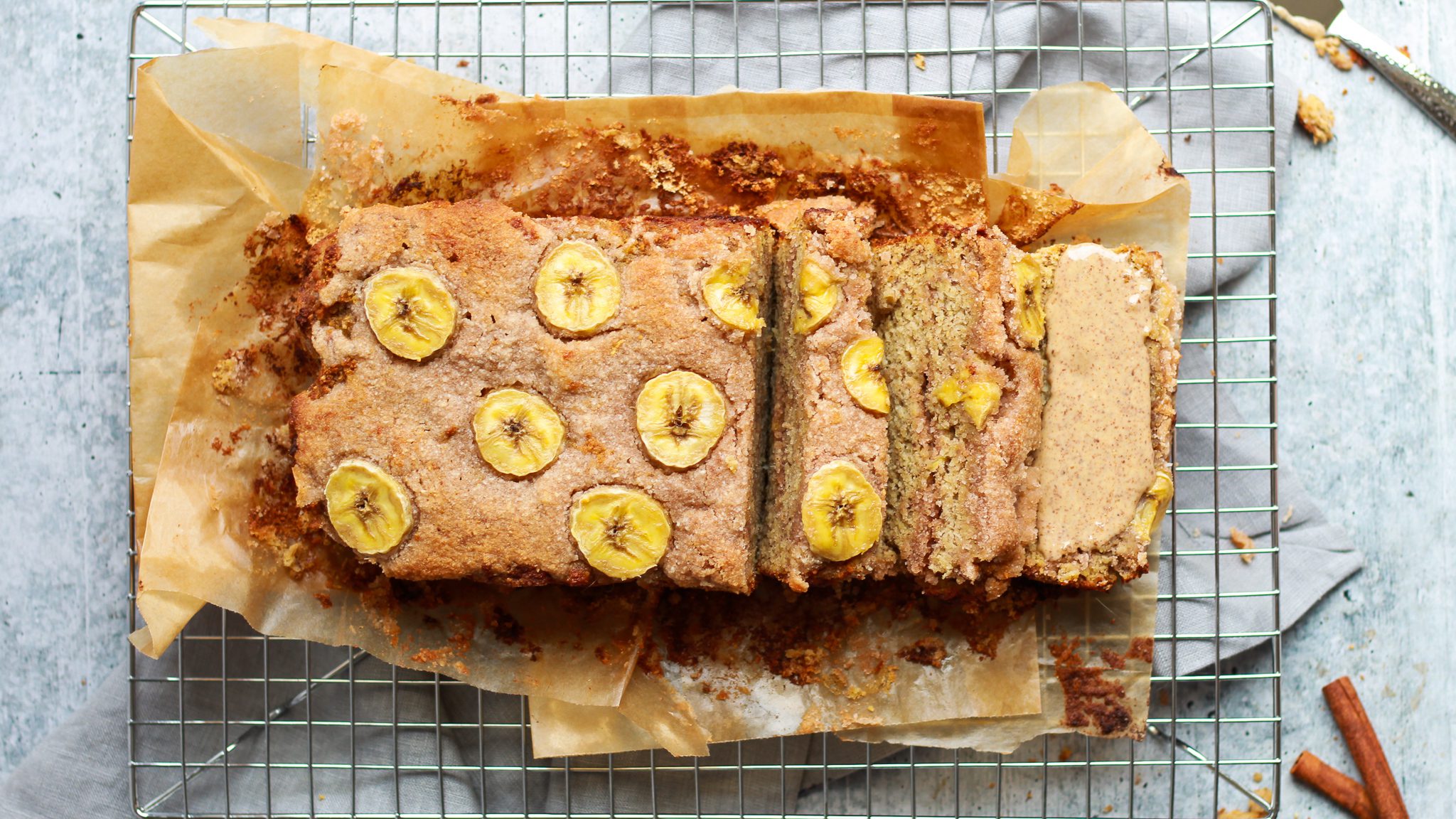 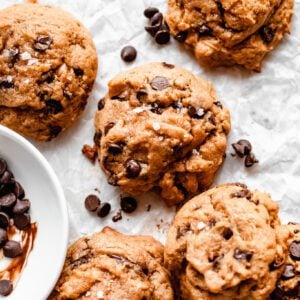