This incredibly creamy and decadent vegan banana cream pie is just as amazing as the classic, with sweet notes of coconut and the ultimate creamy custard filling. The perfect dairy free, gluten free, and eggless pie that everyone will love!

If you’re a lover of banana cream pie, then you have to give this vegan banana cream pie a go. From the homemade flaky vegan pie crust to the deliciously decadent from-scratch cream pudding layered with fresh banana slices, you’d think this is an old-fashioned banana cream pie.

It’s like a delicious dairy free banana cream pudding in pie form. The creamy custard filling is entirely dairy free, eggless, and refined sugar free, yet my entire family (full of vegans and non-vegans alike) LOVES this pie. So I have no doubt that yours will too.

Plus the crust is so flaky and perfect, you’ll never buy store bought again (although if you’re in a pinch, you can definitely find a good vegan pie crust in the refrigerated section!).

Many people think that banana cream pie is one of the harder pies to make, but it doesn’t have to be. In fact, with these step-by-step instructions, you’ll be a pro at making vegan banana cream pie in no time.

To make a vegan banana cream pie, we can essentially break it down into three major parts: the pie crust, the banana cream filling, and the assembly.

All of the measurements of ingredients and fully written out instructions are found down below at the bottom of this post in the recipe card. However, I wanted to go over the basics here. We’ll add in a few key notes about the recipe (and not overwhelm the recipe card with too much info!).

The pie crust is very simple. It consists of just flour (gluten free flour as needed), arrowroot starch, baking soda, vegan butter, maple syrup, and water. I use salted vegan butter, which eliminates the need for adding in the salt. You can make this vegan banana cream pie entirely nut free as well simply by using a nut-free vegan butter, such as Flora Plant Butter.

For the crust, you can make the dough by hand or use a food processor (which I find easiest). The key is keeping your wet ingredients cold (i.e. the vegan butter, maple syrup, and water). Room temperature will yield a really sticky dough that will still work but will be harder to handle at first and take longer to chill. I recommend pouring a glass of water. Then place it in the fridge for 30 minutes or putting ice in the water.

The only note here is that instead of par-baking the crust, like we would for apple pie or pumpkin pie, we’re fully baking the pie crust here. This should be about 18-20 minutes at 425F. You want the crust to be lightly golden.

While the crust is baking, I prepare the coconut cream custard filling. This is another area that people often find tricky, but it really isn’t. The trick that I’ve learned to create a really smooth and delicious custard is removing part of the boiling coconut cream mixture (about 1/3 cup) and mixing it separately with the arrowroot or cornstarch. Then once it’s mixed, I add it back to the sauce pan. This helps to prevent any clumping of the custard.

Now we get to assemble the banana cream pie! Once the custard has cooled slightly, and the pie crust is cooled, we’ll assemble the pie. People have a few different takes on this. The banana cream pie that my grandma always made usually had filling first, then banana, then more filling, then more banana. Some people do all banana on the bottom then filling, others do the reverse…it’s really whichever you prefer! Once you’ve assembled the pie, you’ll chill it in the fridge for 6 full hours. This allows the custard to fully set and not be a runny mess!

Once chilled and set, we can decorate the banana cream pie! A classic old-fashioned banana cream pie usually has whipped cream. We’ll use my coconut whipped cream recipe, and top with more bananas. You can also top with dairy free chocolate shavings and/or even toasted coconut (really a lovely flavor combo!). Serve and enjoy!

Why is my banana cream pie runny?

If you find that your cream filling is not thickening to the consistency of a pudding, it might be that your arrowroot starch or cornstarch is no good. Make sure that you’re using arrowroot or cornstarch that is still active and has been properly stored. With pantry ingredients especially, it’s easy to go a few months without testing them and not realize that they’ve gone bad.

Another reason might be that you used coconut milk instead of cream. Coconut cream is much thicker and will yield a much creamier pudding. This is similar to heavy cream in old fashioned banana cream pie.

How do I keep my bananas from turning brown?

If you’re worried that the bananas might brown on top while setting, you can lightly toss the banana slices in 1 tsp lemon juice before assembling. The acidity will prevent the reaction from taking place. Then your bananas won’t brown (although they’re still fine to eat if they do!).

If there are any leftovers of your vegan banana cream pie (honestly, there might not be!), then you can easily store the pie. I slice the pie, then store the slices in an airtight container or baggies in the refrigerator or freezer.

Refrigeration: the banana cream pie should last about 2-3 days.

Freezer: the banana cream pie will last about 3 months.

I hope you love this creamy and decadent vegan banana cream pie as much as I do! If you make it, be sure to leave a comment down below as well as a rating ⭐️⭐️⭐️⭐️⭐️ so that others may find the recipe.

This incredibly creamy and decadent vegan banana cream pie is just as amazing as the classic, with sweet notes of coconut and the ultimate creamy custard filling. The perfect dairy free, gluten free, and eggless pie that everyone will love!

Gluten free: to make this pie crust gluten free, use a gluten free 1:1 baking flour, such as Bob’s Red Mill. 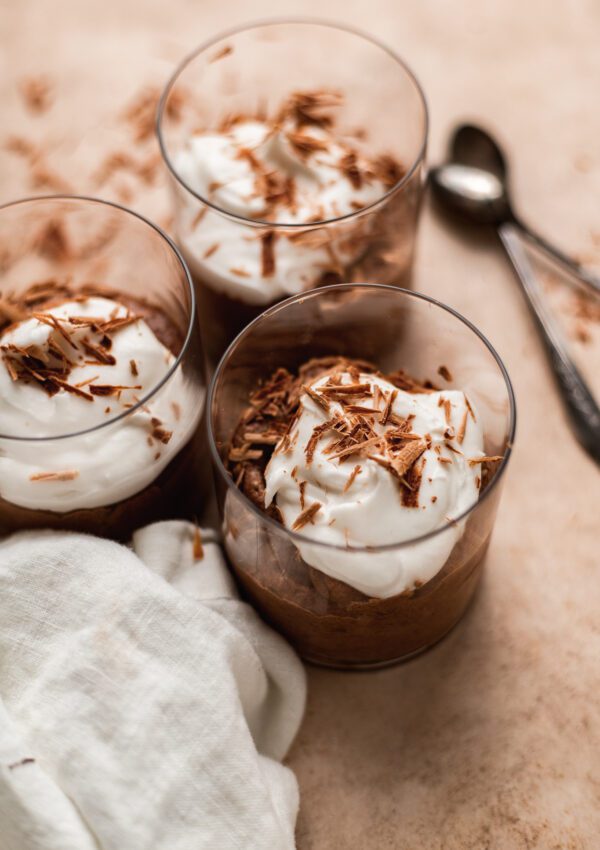 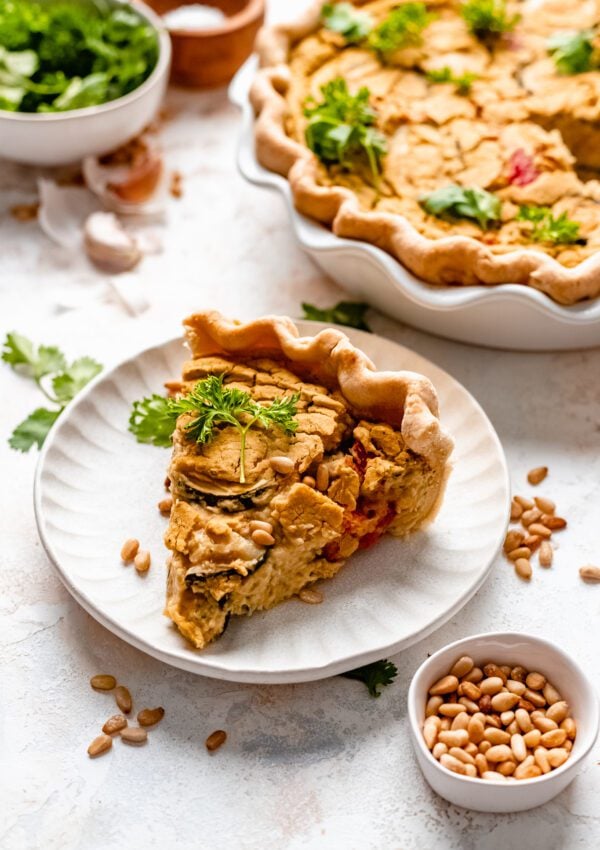 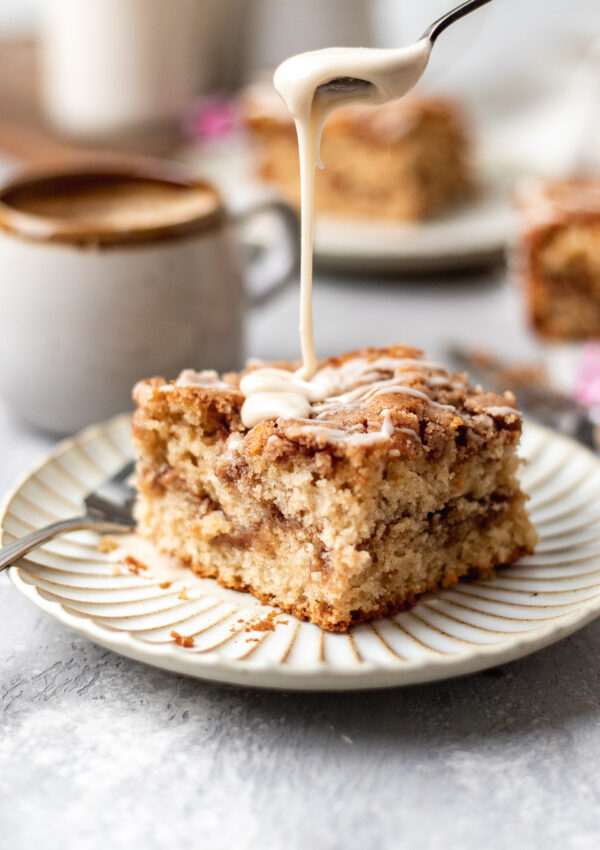 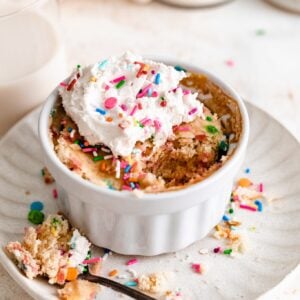