Who here has had an actual, traditional Boston cream pie!?

I guess I’m not exactly your standard Bostonian (alright, I don’t even get the privilege of calling myself that because who the heck is a resident of a city for only 3 days?!), but I do know what Boston cream pie tastes like because I had a slice at the very creator’s restaurant!

Yep, I had pie at the Omni Parker House. And it was amazing!!!

This vegan version of the iconic Boston dessert is truly just as amazing: we have the beautiful yellow “butter” cake (not real butter lol), a creamy sweet custard filling, and of course, the classic chocolate ganache topping…except made with all healthy ingredients!

Yet you’d never know 😉 Even non-healthy eaters would be extremely pleased with how delicious this cake is!

So how in the heck do you make a vegan Boston cream pie taste so dang good? And is it truly that easy to put together?

What I love most about this vegan Boston cream pie is that it requires pretty simple ingredients!

We’re taking many of the same ingredients that I used for my vegan vanilla cake (flour, leavening ingredients, coconut milk and apple cider vinegar, applesauce, and vanilla) to make the vegan yellow cake, but adding a few twists:

Next, we have the vegan cream filling of your vegan Boston cream pie! For the dairy free filling, you’ll need:

And finally, we’ll finish the cake with a vegan ganache frosting, which is simply vegan butter mixed with some vegan chocolate chips!

We’ll be making this cake in three steps! I prefer to make the filling first and then the cake, but it doesn’t matter, as both the cake and the filling need time to cool and set before we build the vegan Boston cream pie 🙂

To start, preheat the oven to 350F and grease two 8″ cake pans with coconut oil. You’ll also need to mix together the coconut milk and apple cider vinegar. This will help to create a vegan “buttermilk,” which is very essential in making the best cake!

In a large bowl, whisk together the flour, baking powder, baking soda, and sea salt, then set this bowl aside, while we get together the wet ingredients.

In a medium sized bowl, add the coconut sugar, applesauce, vegan butter, vegan “buttermilk,” and vanilla and then beat on medium speed with a hand mixer. I definitely recommend using a hand mixer here as you want all of the ingredients to meld together.

Pour your wet ingredients into the dry and then mix either with a spoon or hand mixer (either work!) until it’s a nice and thick yet still drippy cake batter.

Pour the batter into the cake pans evenly, and place them into the oven to bake for 25-27 minutes, or until the toothpick comes out clean.

Next, remove the cakes from the pans and level them so that they can cool!

How to make a vegan cream filling

Making a dairy free cream filling is actually easier than it seems, and hard to mess up! You’ll need about 1-2 hours of chill time for the cream to set though, so just make sure you’re taking that into account before you start making the cake!

Start by mixing the coconut cream, coconut sugar, and vanilla extract in a saucepan on medium-high heat. Once the mixture reaches a boil, reduce the heat and sift in the arrowroot powder.

Keep mixing the cream until it thickens to be a sort of soupy texture, then pour the cream “pudding” into a bowl, cover and let it sit in the refrigerator for 1-2 hours to set.

How to make a vegan chocolate ganache

Melt the butter in a microwave safe bowl, then pour in the chocolate chips.

Stir the chocolate and vegan butter together until it’s nice and smooth. It may be a little runny, so you can place the ganache either on the counter or in the fridge to set for 10 minutes. This will help it to set quicker on the cake while also being spreadable and smooth.

Putting it all together!

Now, the best part of making this dairy free Boston cream pie is the assembly, which is quite easy, but always makes the “pie” look so sophisticated!

Start by placing the base layer of cake onto a cake stand or plate, and then gently spread the vegan cream filling on top of the bottom layer.

Add the second layer on top of the dairy free cream filling, and then break out your vegan chocolate ganache!

Spread the ganache starting in the middle and start working your way outwards. When you get to the edges, simply push the ganache gently over the edges of your Boston cream pie, just so that you get a nice and simple drip. Your ganache should be thick but still movable, so it won’t want to keep dripping over your cake (although, that will still look pretty!).

Then place your Boston cream cake back into the fridge for a few minutes to set. Once it’s set, slice into the middle and pull out that first piece.

And there ya have it! I hope you love this vegan Boston cream pie as much as I do! It’s such a fun twist on the traditional recipe that will surely have everyone going back for a second slice 😉 Plus, it’s so easy yet looks so elegant!

Let me know in the comments below how this cake went for you, and as always, I’d love to see your recreations on Instagram and Pinterest!

If you liked this recipe, check out these!

Chocolate Ganache & Putting it all together: 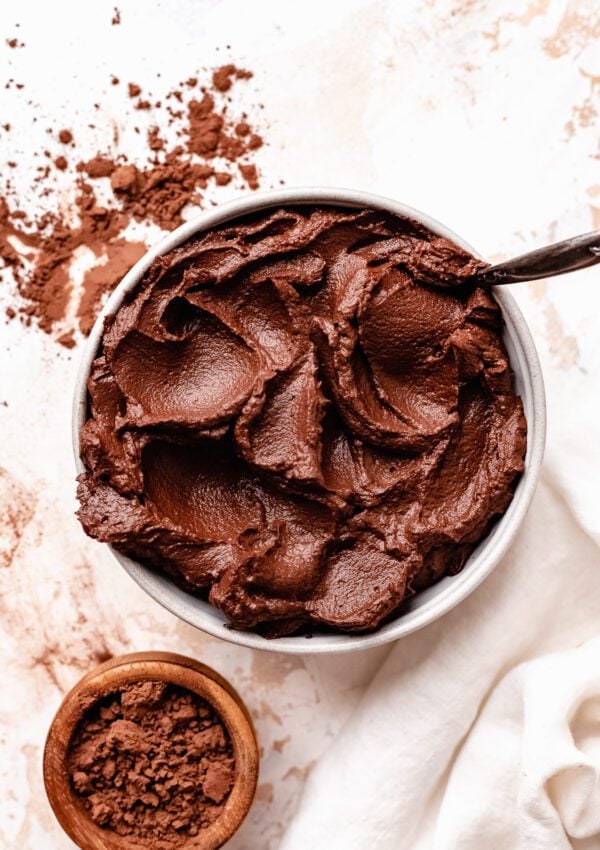 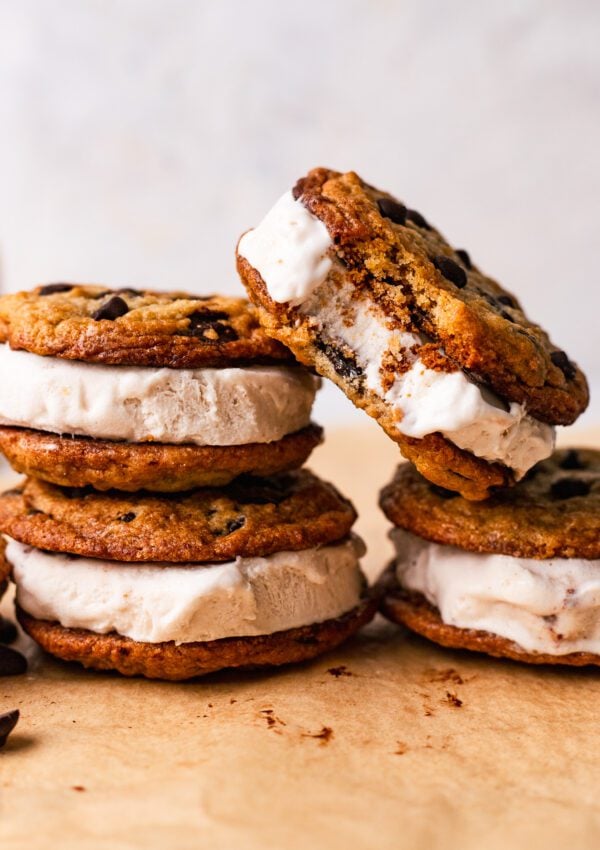 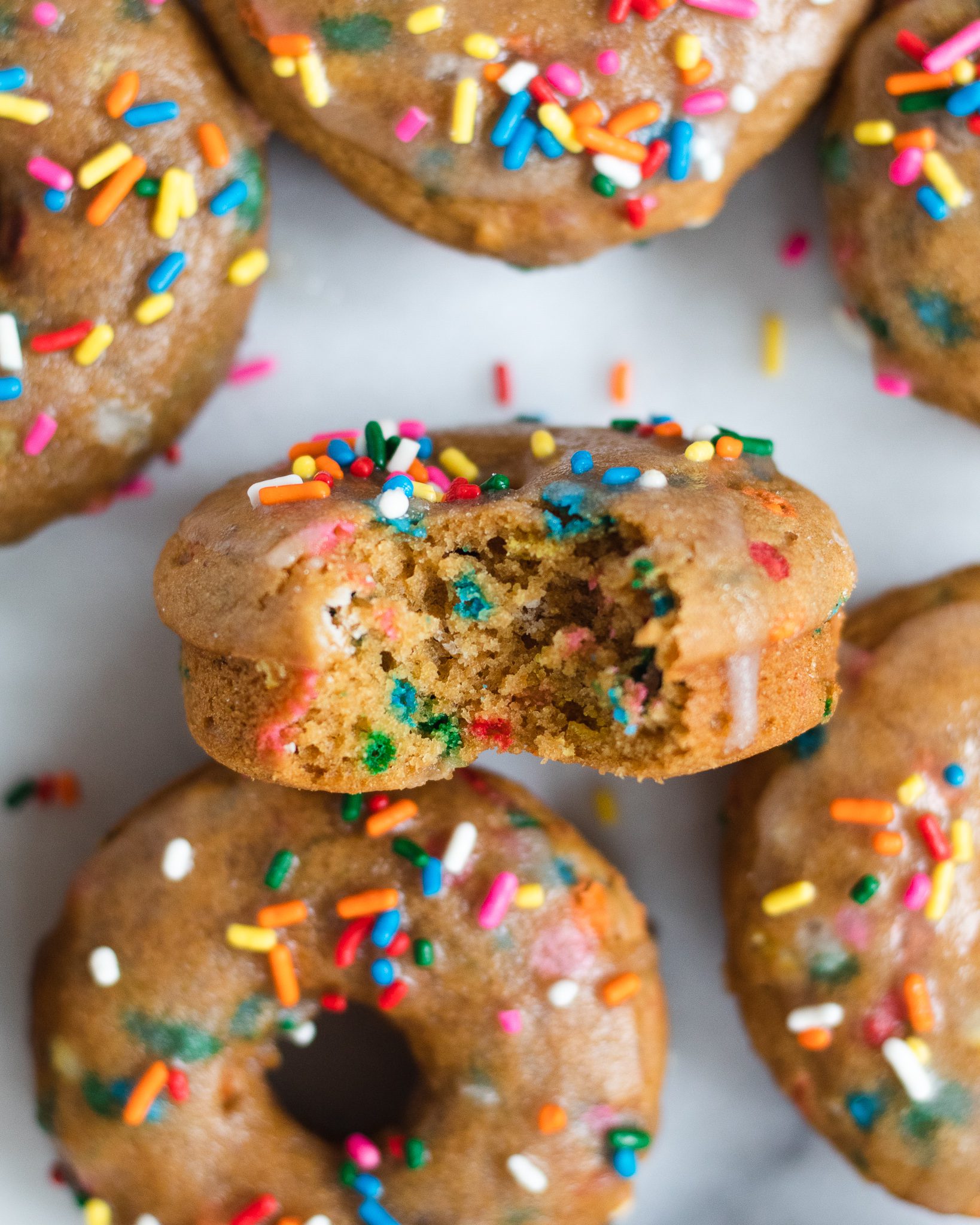