What makes this the best healthy vegan apple pie

Is there anything more classic than an apple pie made from scratch and just out of the oven?

Seriously, I mean, I hope someone is starting to understand my deep love for all things fall! Recently, Jared and I went apple picking and basically came home with the whole orchard.

So naturally, there was no better time to share my favorite fruit pie of all time. I can’t believe I’m just sharing this recipe too, because truth be told, I’ve been making it for about 9 years now…I know, that’s longer than I’d like to admit!

But I’m overjoyed to share it with you because this healthy apple pie has been a family favorite for a while now, and it’s just so shockingly simple.

Filled with cinnamon coated sweet apple slices and layered with a flaky (yet undetectably vegan and gluten free) lattice crust, this apple pie has my heart, and it’ll have yours soon too.

The best part? Serving it warm with a scoop of ice cream- truly, nothing better!

Not in the slightest. In fact, you’d never know that this was a vegan apple pie, nor a gluten free apple pie.

I’ve actually been making this particular recipe since high school (sad to say, that is over 10 years for this particular pie haha!), and it’s one that I always come back to.

I promise that none of your guests, nor you, will know that this healthy apple pie is indeed vegan and gluten free (and can easily be made Paleo and nut free!).

It’s all in the easy apple pie filling. Not to mention, the crust is so flaky, no one will know this apple pie is vegan.

How to make a healthy apple pie filling (overview)

For the full written instructions and ingredient measurements, see the bottom of this post in the recipe card. You can also hit the “jump to recipe” button at the top of this post! Here, we’ll go over a brief overview of the steps, along with providing visuals for a better understanding of the recipe.

The real trick to getting a super gooey apple pie filling without loads of added sugar is slicing the apples paper thin.

The whole process of slicing 7-9 apples takes about 15 minutes, but it’s so worth it.

How to make a vegan apple pie:

How to make a lattice crust

Now, for this easy apple pie recipe, you do not indeed need to make a lattice crust to go with it.

Of course, I find them to be fun, but I find all baking challenges to be fun! Sometimes, you just want a really straight forward apple pie, and trust me, that will still an amazing apple pie because it’s all in the filling.

In that case, just place the second rolled out pie dough crust over the apples in the pie dish, make a few slits (or you can even poke out a few shapes!), and you’re good!

So you have your first pie dough in the pie dish, and you have your sliced apples coated in their spices sitting in the dish. Now it’s time for you to get your lattice crust ready!

Here are my basic steps for making a lattice crust:

Then you just brush with vegan cream (like coconut cream or thick soy milk) and maple syrup, sprinkle on some raw sugar or coconut sugar, chill, and bake!

Do I need to remove the skin from apples for apple pie?

While this is a bit of extra work, it’s really important that you remove the skin from the apples for this vegan apple pie. This will help the thin apple slices caramelize together as they cook.

You can make this vegan apple pie gluten free as well.

Simply swap in gluten free 1:1 baking flour, such as Bob’s Red Mill, or even use this amazing oat flour pie crust.

Slice your apples very thin for the filling.

Since we’re not using any sugar or sweeteners in the apple pie filling, it’s so important that the apples are thin. This will help the natural sugars caramelize in the oven, and the arrowroot will help everything gel together.

Use sweeter apples for this vegan apple pie.

This is because we’re not adding any sugar to the healthy apple pie filling! I recommend Fuji, Gala, or golden delicious. Personally, I recommend a mix of apples for the best flavor!

Allow your apple pie to sit for 3-4 hours at room temperature after baking.

I know it’s so tempting to dig into your freshly baked vegan apple pie, but truly this pie does need to set for a few hours! It’s very worth the wait though 🙂

You’re just going to absolutely love this easy vegan healthy apple pie! Truly, it will be your go-to apple pie for Thanksgiving, Christmas, and beyond.

This vegan apple pie is:

If you end up making it, let me know in the comments below, and as always, I absolutely love to see your beautiful creations on Instagram and Pinterest, so be sure to tag me there 🙂

If you make this recipe, please be sure to leave a comment and a rating ⭐️⭐️⭐️⭐️⭐️ below. This helps others to find the recipes! As always, I absolutely love to see your beautiful creations on Instagram and Pinterest, so be sure to tag me there as well! 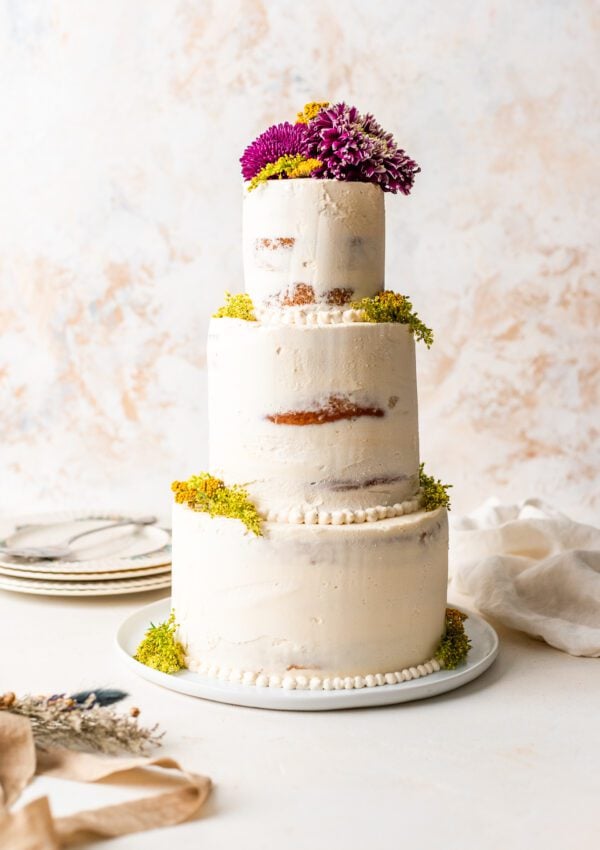 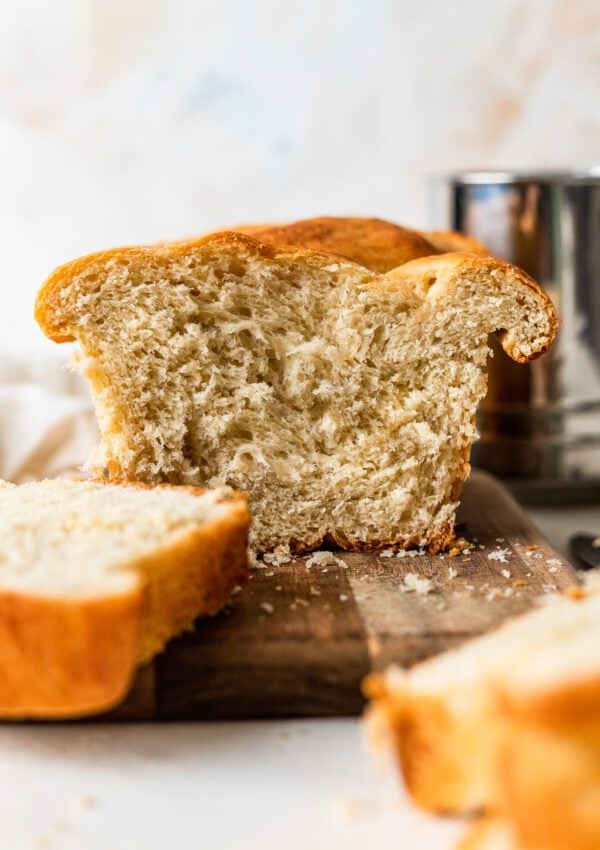 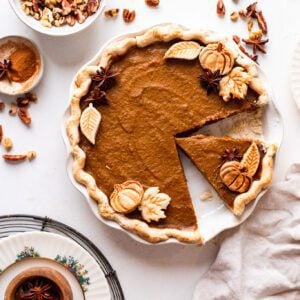