Easy and nutrient packed vegan pumpkin pie smoothie that has over 20 grams of plant based protein! This creamy and sweet breakfast smoothie tastes like pumpkin pie in smoothie form!

The funny thing is that I never start drinking smoothies until we’re basically all the way through August. But then I start craving fall flavors.

I mean, the fall months are still slightly warm here in Connecticut anyways. But once September hits, I want that classic pumpkin spice flavor.

So I make them into a healthy fall breakfast smoothie! This vegan pumpkin pie smoothie tastes like a slice of pumpkin pie in smoothie form.

Plus, this protein pumpkin pie smoothie is just that: packed with vegan protein!

You’re going to fall in love with this pumpkin pie smoothie!

Why I love this vegan protein packed pumpkin pie smoothie:

I mean, other than it tastes like dessert in smoothie form (and is totally acceptable to have for breakfast…you can totally have a slice of pumpkin pie as well. I won’t judge!).

This vegan pumpkin pie smoothie is so incredibly creamy thanks to the oat milk. Plus, it’s full of that classic pumpkin spice flavor from the cinnamon, cloves, allspice, and ginger.

But not only that, this pumpkin pie smoothie is full of some pretty incredible benefits:

Plus, this healthy pumpkin pie smoothie is ready in 5 minutes and can be scaled up or down to feed just one or a crowd. What’s not to love?

What ingredients do you need for a vegan pumpkin pie smoothie?

This ultra creamy and smooth pumpkin pie smoothie is entire vegan and gluten free, yet you’d never know, thanks to the amazing plant based ingredients we’re using.

This healthy fall smoothie is simple enough for you to make right before work or school, or even post workout!

How to make a vegan pumpkin smoothie

Of course, there are some tips to making a super creamy vegan pumpkin pie smoothie!

You can absolutely customize this breakfast drink to be whatever you’d like!

Add in a tablespoon of coconut cream on top and a dash of extra cinnamon for the “whipped cream” on top of a slice of vegan pumpkin pie.

Swirl in a tablespoon of stevia-sweetened chocolate chips or coconut flakes for an extra crunch if your smoothie is thick enough to be spoonable.

Sprinkle on some ground flaxseed or puffed quinoa for extra nutrients.

Add in a spoonful of almond or cashew butter for some healthy added fats.

Steam and freeze chopped carrots for some extra veggies in your smoothie!

Toss in some toasted pepitas/pumpkin seeds for an extra dose of magnesium!

I hope you love this vegan pumpkin pie smoothie as much as I do! If you make it, let me know down below in the comments section below, as well as giving it a rating so that others can find it.

Easy and nutrient packed vegan pumpkin pie smoothie that has over 20 grams of plant based protein! This creamy and sweet breakfast smoothie tastes like pumpkin pie in smoothie form!

The Best Vegan Dinner Rolls I’ve Ever Had 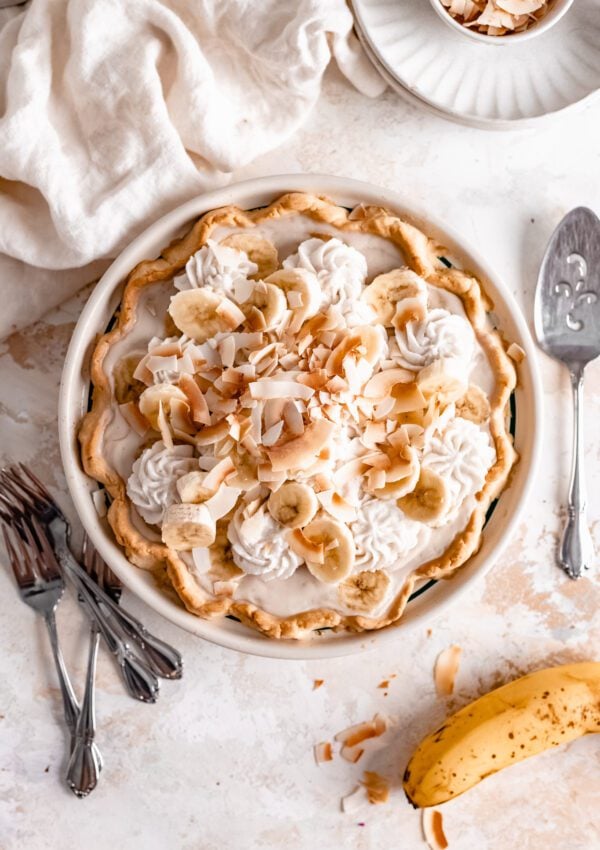 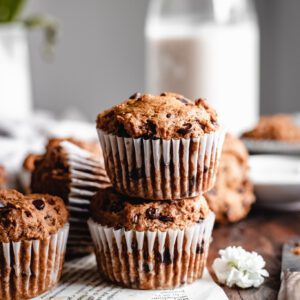